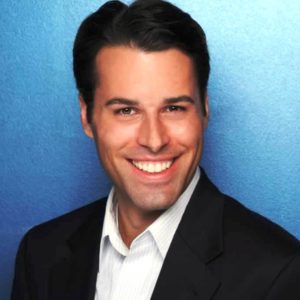 He joined Palm Beach Opera in 2015, serving for the past several years as Assistant Director of Artistic Operations.  In that capacity, he was responsible for creating the daily and long-range artistic schedules, coordinating all artistic and production contracting, securing visas for international artists, managing housing and travel for all visiting personnel, and leading artist hospitality initiatives.  He also played a key leadership role in the management and growth of the Young Artist and Apprentice Artist Programs, including development of the curriculum, recruiting and selecting singers and faculty, and restructuring the audition process which directly led to a 600% increase in annual applicants.  Other major accomplishments include establishing a long-term hotel agreement with the Residence Inn Downtown CityPlace, and creating National Anthem partnerships with the International Polo Club and the FITTEAM Ballpark of the Palm Beaches to provide a showcase for the company in front of thousands of people each season.

Concurrently with his position at Palm Beach Opera, he also served for four seasons as Assistant Director of the Rehearsal Department at The Santa Fe Opera, the largest summer opera festival in the United States, where he managed a daily schedule that encompasses five mainstage productions each season and the training activities of the renowned 40-singer Apprentice Artist Program.

Prior to focusing on the administrative side of the industry, he built his knowledge of opera by performing professionally as a tenor and studying with many of the industry’s leading voice teachers and coaches.  He earned his Bachelor’s and Master’s degrees from the Eastman School of Music, and continued his training as a member of the Boston University Opera Institute, where he was awarded a Performance Certificate.  His career progressed through several distinguished Young Artist programs, including those at Florida Grand Opera and Central City Opera, while he gained onstage experience with roles in over 25 productions.  From the traditional repertoire, he was an accomplished singer of Mozart’s principal tenor roles, and he also had the unique privilege of working directly with many prominent American composers in productions of their own works, including Tobias Picker, William Bolcom, Robert Ward, Jorge Martín, and Carlisle Floyd.

Beyond his credits in opera, he has extensive concert experience in chamber music, art song, and oratorio.  He was twice a Fellow at the Tanglewood Music Center, and he performed in residencies with the Aldeburgh Festival’s Britten-Pears Programme, the Festival d’Aix-en-Provence Académie européenne, and the Marlboro Music Festival.  Among his recital appearances, most notable were his five-year collaboration as a guest of Cornell University’s Historical Performance program, where he annually performed song cycles of Schubert and Schumann with fortepianists Sezi Seskir and Malcolm Bilson.  He was also a guest recitalist at Rutgers University for the Schumann Bicentennial, and he was honored to make three appearances on the monumental Schubert & Co. recital series – an endeavor held in New York which collectively presented Schubert’s complete solo Lieder in 35 concerts over eight months.  As a concert soloist, he performed Mozart’s Requiem, Coronation Mass, and Mass in C minor, as well as Beethoven’s Choral Fantasy, Haydn’s Lord Nelson Mass, and Handel’s Messiah, and he has been featured in Bach Cantatas with Boston’s Trinity Church at Copley Square, New York’s Church of the Transfiguration, and Palm Beach’s Royal Poinciana Chapel.  Further career highlights include his Tanglewood debut as soloist in Stravinsky’s Les Noces conducted by Charles Dutoit.