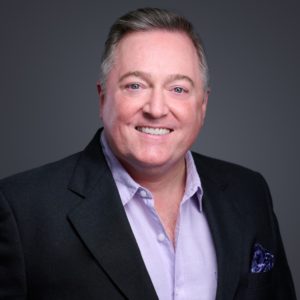 Ralph Daniel Rawe has been praised for his acting, singing, and his understanding of Baroque conventions by The New York Times, New York Magazine, and American Record Guide.  Most of his work has been in non-traditional casting; such as The Witch in several productions of Hansel and Gretel, and as Prince Orlofsky in Die Fledermaus.  He also has premiered four contemporary operas with American Chamber Opera in New York City, most notably as Mrs. DeRopp in Jorge Martin’s Sredni Vashtar.

More traditionally, Ralph was seen at Brooklyn Academy of Music at the 2002 International Monteverdi festival, performing in L’Orfeo, a production he debuted with Chicago Opera Theatre.  Also at BAM, he performed in both the original production and the revival of Jonathan Miller’s staged St. Matthew Passion by J.S. Bach.

He performed at the American Musicological Association’s International Conference on 17th Century Venetian Music at Yale University.  His portrayal of the alto castrato Giovanni Antonio Forni was highly acclaimed.

Ralph was under exclusive contract with Cirque du Soleil for 12 years, portraying the Male Singer in La Nouba, as well as performing for special events for live audiences and for television around the world.  In 2009, he was chosen to represent Cirque du Soleil as the opening act for the Eurovision Finals in Moscow.  He has also been heard on CBS Sunday Morning, The Ellen DeGeneres Show, and Good Morning America.

Ralph was a regular cast member of La Gran Scena Opera Co., comically spoofing the greatest Divas of the last century.  The troupe performed across Europe, USA, Australia, and South America. Highlights of these performances are the Brisbane Biennial Festival of Music, The Gay Olympics in Amsterdam, and Lincoln Center, NYC.

When he was younger, Ralph was a regional finalist in the Metropolitan Opera National Council Auditions in Los Angeles. Other awards include the Igor Gorin Memorial Fund Award, and First Place in the Portland Opera Guild Competition.

Ralph was trained in Music Theatre and Opera at Arizona State University and was an Apprentice with Portland Opera.