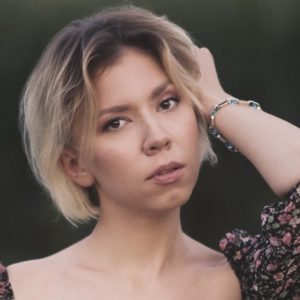 Russian soprano Maria Vasilevskaya praised for her “strong and resilient” performance (CITY Newspaper) will return to Palm Beach Opera as an Apprentice Artist in the 2021/2022 season. She
will be singing First Witch and covering Belinda in Dido and Aeneas and will cover the role of Frasquita in Carmen. She will also perform the role of Sylviane in The Merry Widow.
Ms. Vasilevskaya previously appeared in Palm Beach Opera 2019/2020 season as Hansel in Hansel and Gretel and Rosina in The Barber of Seville.

Summer 2021 Maria returned to Des Moines Metro Opera where she was a part of an Apprentice Artist Program, covering roles of Daphnis in Queen of Spades, Beggar Woman in Sweeney Todd, and also participated in scenes program.

Ms. Vasilevskaya is a Seagle Festival alumna where she performed Cherubino in Le Nozze di Figaro, Myrtle Wilson in The Great Gatsby opera, and Madame Branislowsky in MAME. Her other roles include Donna Elvira in Don Giovanni at the Eastman Opera Theatre. There, Maria also participated in the revival of Ricky Ian Gordon’s opera The Tibetian Book of The
Dead working with the composer himself.