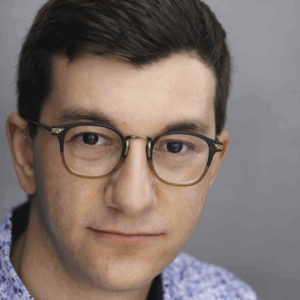 Ian is thrilled to make his debut with the Palm Beach Opera serving as the Assistant Director for Carmen, L’elisir d’Amore, and Merry Widow. A director of both musical theater and opera productions, Ian Silverman has traveled the country working with some of the industry’s top directors and performers. In addition to standard repertoire, he has extensive experience with new works that engage with today’s social and political issues. He has worked on seven world premiere productions including assisting James Robinson on a triple bill of world premieres at the Opera Theatre of Saint Louis and The Knock, a world premiere operatic film that was released this Veteran’s Day. Silverman also specializes in crossover work, blending the lines between musical theater and opera. This past summer he made his debut at The Glimmerglass Festival assisting Francesca Zambello and Eric Sean Fogel on Songbird, a new adaptation of Offenbach’s La Périchole as well as assisting Eric Sean Fogel on To the World: A Musical Theatre Revue. He has also served on the directing staffs of Opera Naples, The Ohio Light Opera, OnSite Opera, Brevard MusicCenter, Pittsburgh Festival Opera, Miami Summer Music Festival, Bronx Opera, and the Chicago Summer Opera, among others. Silverman has also directed productions at The Rochester Fringe Festival, Miami Children’s Chorus, Brevard Music Center and Eastman OperaTheater.Recently, Silvermanservedas the AssociateDirector for Experiments in Opera’sEverything ForDawn, a 10-episode operatic television series set to release in Spring 2022. Each episode features the music of a different composing team. Earlier this season, Silverman directed a new production of Little Shop of Horrors at Youngstown State University. Silverman graduated from the Eastman School of Music in 2020with a Master of Music Degree in Stage Directing and a Certificate in Arts Leadership. He received his Bachelor’s Degree in Music from the University of Miami, with degrees in both Classical Vocal Performance and Music Business