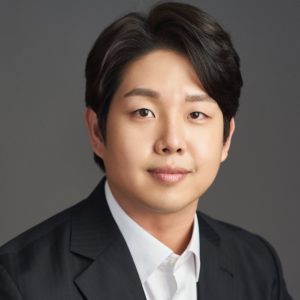 Heeseung Chae, Baritone from South Korea, graduated Opera Institute at Boston University. He completed his Master and Bachelor of Music degrees at Seoul National University, and he received his Performance Diploma from Indiana University Jacobs School of Music. He has performed the roles of Schaunard in La bohème, Ceprano in Rigoletto, and Ford in Falstaff at Verdi Gala concert at Seoul national University. At IU, he performed Haly in L’italiana in Algieri, Papageno in Die Zauberflöte, and Figaro in Il Barbiere di Siviglia. With the BU Opera Institute, he performed Philp Glass’s Hydrogen Jukebox and Il Conte in Le nozze di Figaro and Paul Watson in Johnathan Berger’s The War Reporter and Pelléas in Pelléas et Mélisande by Debussy. He also performed Marullo and covered Rigoletto at Charlottesville Opera as a Young Artist on 2017 and covered Il Conte on 2018 at the same program. He performed Marullo again in Rigoletto at Opera Theatre of Saint Louis as a Gerdine Young Artist on 2019. On 2021, Heeseung perfromed Schaunard and cover Marcello in La bohème, cover Papageno in Die Zauberflöte, Silvio in I Pagliacci at Palm Beach Opera as a Benenson Young Artist. As He return to PBO 2022 season, He will perfrom Dan Caire and cover Morales in Carmen, cover Belcore in L’Elisir D’amore, singing Cascada and cover Danilo in The Merry Widow.