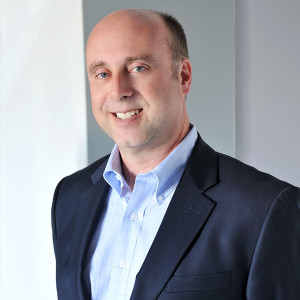 A versatile musician on the podium and at the keyboard, conductor Gregory Ritchey has held positions with companies both in the US and internationally including the Wexford Opera Festival, Palm Beach Opera, the Amalfi Coast Music Festival, and Opera Theatre of Saint Louis. Most notably in recent seasons, he has conducted productions of Le nozze di Figaro, Così fan tutte, The Turn of the Screw, Gianni Schicchi, Ariadne auf Naxos, and a workshop of Terence Blanchard’s opera, Champion. He also recently led performances of Madama Butterfly, Rigoletto, La traviata, and La bohème for Gulfshore Opera, where the Naples Daily News observed of the Gulfshore Opera Orchestra that “…having Gregory Ritchey with the baton for four years now has given it the defined approach Puccini’s orchestration demands.” Additionally, Mr. Ritchey maintains an active symphonic concert schedule as the recently appointed conductor of the Palm Beach Atlantic Symphony Orchestra.

For several years, Mr. Ritchey has also been Associate Conductor at Palm Beach Opera, where after a recent performance on the Waterfront Concert series, for which he served as conductor and Music Director, the Palm Beach Arts Paper noted, “Mr. Ritchey is to be congratulated for leading such massive forces in a splendid and stirring performance. The audience rose to their feet with acclaim.” During his time at PBO he has also been Chorus Master for more than thirty-five productions.

A graduate of the Juilliard School of Music, Mr. Ritchey maintains an active chamber music, collaborative and solo piano career, performing throughout the United States and Europe. In a recent recital at the Wexford Festival, Opera News noted that Mr. Ritchey “partnered superbly at the piano.” Partnering with tenor David Portillo on the IlluminArts Concert Series in Miami the South Florida Classical Review noted, “Ritchey brought lightness and color to the keyboard lines, at times sounding almost improvisatory. The rippling passages in the opening and closing songs in the cycle were dispatched with accuracy and verve.”

Mr. Ritchey has previously held music staff positions with companies across the U.S. including the Dallas Opera, Central City Opera, Des Moines Metro Opera, Bard Music Festival, Virginia Opera, and Sarasota Opera. He has also been a faculty member at the University of North Texas, Louisiana State University, and Texas Christian University. In addition to the MM degree from the Juilliard School of Music, he also earned a BM degree from the University of North Texas.