Save the date for an exclusive celebration of opera, elegance, and entertainment on Monday, February 7 at The Breakers Palm Beach. Enjoy an elegant dinner and be enchanted by the artistry and amazing voice of the internationally renowned soprano, Nadine Sierra.

Palm Beach Opera’s largest annual fundraising event, the gala showcases the foremost stars in opera in an intimate and exclusive recital in the area’s most opulent venues. A highlight of the Palm Beach social calendar each year, the gala brings together opera lovers and community leaders to enjoy an evening of glamour, artistry, and a delectable dinner, while supporting the company’s continued mission of bringing world-class opera to South Florida. 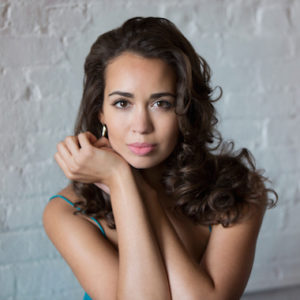 Praised for her vocal beauty, seamless technique, and abundant musicality, Nadine Sierra is being hailed as one of the most promising, young talents in opera today. She was named the Richard Tucker Award Winner in 2017 and was awarded the 2018 Beverly Sills Artist Award by The Metropolitan Opera. Having made a string of successful debuts at The Met, Teatro alla Scala, Opéra national de Paris, and Staatsoper Berlin, she has become a fixture at many of the top houses around the world.

Ms. Sierra fell in love with opera at a young age, after watching a VHS of La bohème, and began voice lessons at the age of six in her home state of Florida. Although she made her professional operatic debut as a teenager with Palm Beach Opera, she decided to continue studying and received her bachelor’s degree from Mannes School of Music. Following graduation, she went on to participate in the Adler Fellowship Program at the San Francisco Opera, forming a lasting relationship with the company.

Due to recent developments regarding COVID-19 in our community, and in an effort to maximize safety and ensure consistent masking, we have made important changes to the 2022 Gala. The gala will still take place at The Breakers Palm Beach on February 7, but we’ve made some changes to ensure a comfortable experience. Please read pbopera.org/faq for the latest updates.