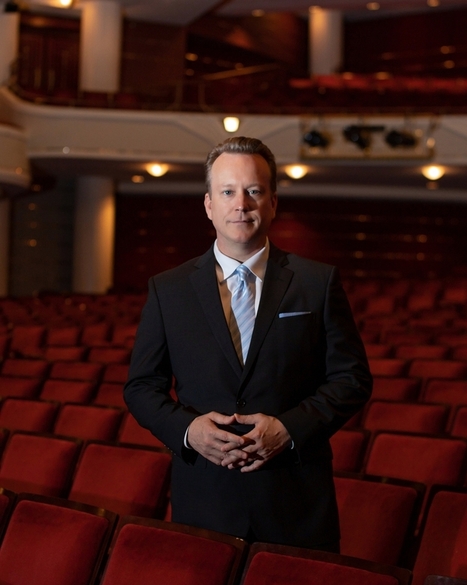 In the spring of 2019, David Walker was selected to be the company’s general & artistic director, and since then has expertly guided the company through the COVID-19 global pandemic crisis.  During the pandemic, he led an entire company pivot to be the first large-scale, live, outdoor opera festival since the crisis began, which featured a full orchestra and chorus, and a line-up of today’s top opera stars.  Additionally, throughout the entire crisis, he has maintained surplus budgets and strong cash reserves – even when the company had to cancel one of its performances at the top of the crisis, engaged the company’s patron and supporter bases, retained a full-time staff and team, cultivated new board members, and introduced one of the company’s newest artistic initiatives designed to expand the company’s offerings of non-standard operatic repertoire – its ‘Discovery Series’.

Walker joined Palm Beach Opera in 2015 as director of institutional advancement, a position which was created for him to oversee all areas of revenue generations based on his success managing fundraising and marketing campaigns at other arts organizations around the country, including the Glimmerglass Festival, Sarasota Opera, North Carolina Opera, Fort Worth Opera, and the Orlando Philharmonic Orchestra. In 2016, he was promoted to managing director, and became executive in charge when the company’s general director was away from the office.

Walker works closely with the company’s board of directors on overall strategic planning and leadership, as well as board cultivation and growth. Under his leadership, Palm Beach Opera continuously implemented best marketing and audience engagement practices resulting in a significant audience increase in both subscribers and single ticket buyers. His fundraising expertise led to the successful implementation of the Co-Producer Society, which is responsible for underwriting the company’s mainstage productions, and has continuously grown contributed income in the past recent seasons.  Walker has been instrumental in securing all underwriting for both education and community engagement programs, as well as artist training programs. His keen sense of event fundraising alongside the respective gala chairs has turned the company’s galas into significant sources of contributed revenue, and resulted in continuously growing record attendance.

Walker is regularly a guest lecturer on the business of opera, and often serves on vocal competition adjudicating panels, including the Metropolitan Opera National Council Auditions – a competition he himself won in 1998. Prior to his arts administration career, Walker had an 18-year international singing career, performing throughout the United States, Canada, Europe, Australia and Russia, with some of the most prestigious opera houses and orchestras, including the Metropolitan Opera, Lyric Opera of Chicago, Santa Fe Opera, Bayerische Staatsoper (Munich), Salle Pleyel (Paris), Opéra national du Rhin (France), Adelaide International Festival (Australia), Handel and Haydn Society (Boston), and the National Symphony (DC).  He appears on both studio and live audio and video recordings.