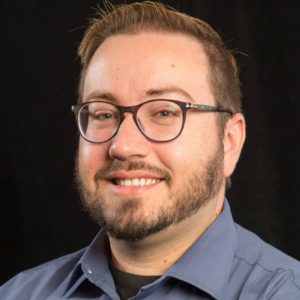 From the classroom to the stage to neighborhoods in between, Dr. Kevin Eberle-Noel has spent his entire career in service to the arts. After teaching for several years in the Southwest, Kevin pivoted to creating exceptional programs for students, teachers, and families as an arts administrator. Prior to joining the team at Palm Beach Opera, Kevin served as the Director of Operations & Education at the Las Vegas Philharmonic where he successfully designed and implemented various educational and community programs in addition to managing the artistic and operational activities of the orchestra. Prior to LVP, Kevin ran education programs and served as Patron Services Manager with the Redlands Symphony in Southern California.

Kevin has a Bachelor of Music Education and Master of Music, both from the University of Redlands. In 2016, Kevin was the first person to receive the Doctor of Musical Arts degree in Bassoon Performance from the University of Nevada, Las Vegas. A professional bassoonist in addition to a professional arts administrator, Kevin has played with the Redlands Symphony, the Las Vegas Philharmonic, Scottsdale Arts Orchestra, Inland Valley Symphony and Opera, as well for named acts on the Las Vegas Strip, including Placido Domingo and Weird Al Yankovic.